For Sarit Haviv, 53, of Mill Basin in Brooklyn, N.Y., the toughest part of having COVID-19 was seeing her beloved husband of 30 years, Shlomo Haviv, become ill after she did, and then summoning the strength while sick herself to fight for him to receive the care he needed.

But with help from her family and community, she did it.

On March 17 after returning by plane from a short trip to Michigan, the Havivs, who own an entertainment business, noticed symptoms. Sarit developed body aches, fever and a light cough. The next day, Shlomo, who is in his 60s, developed a backache. His fever spiked as high as 103 degrees.

Unsure what type of flu they had—and fearing the coronavirus—the couple told their son and daughter-in-law, 20-somethings who live next door, to keep their distance and tried to tough it out at home.At first, “it wasn’t too bad,” recalls Sarit. Although they lacked energy and appetite (Sarit’s sense of smell and taste would “come and go”), they tried to eat well, relax, take vitamin C and watch TV to relax.

‘It was a nightmare ’

In bed with fever, Sarit heard Shlomo in the hall and called out to him. When he didn’t answer, she ran to him.

“I saw him leaning on the wall, then he stumbled and I caught him,” she recalled. “Next thing I knew, I was going down with him. He was purple, and his eyes were half-closed like he didn’t even know who I was.”

Frantic to revive her husband, Sarit splashed his face with “water and celtic salt.” Next she called 911 and Hatzalah, the Mill Basin/Canarsie branch of the worldwide volunteer emergency medical service run by Orthodox Jewry.

Hatzalah arrived first, noted Sarit, and took Shlomo to Lenox Hill Hospital on the Upper East Side of Manhattan, where staff tested him for COVID-19 and X-rayed his chest (Sarit was not permitted to accompany him but heard about it when he returned home). “They told him his numbers were fine” and released him, she said. 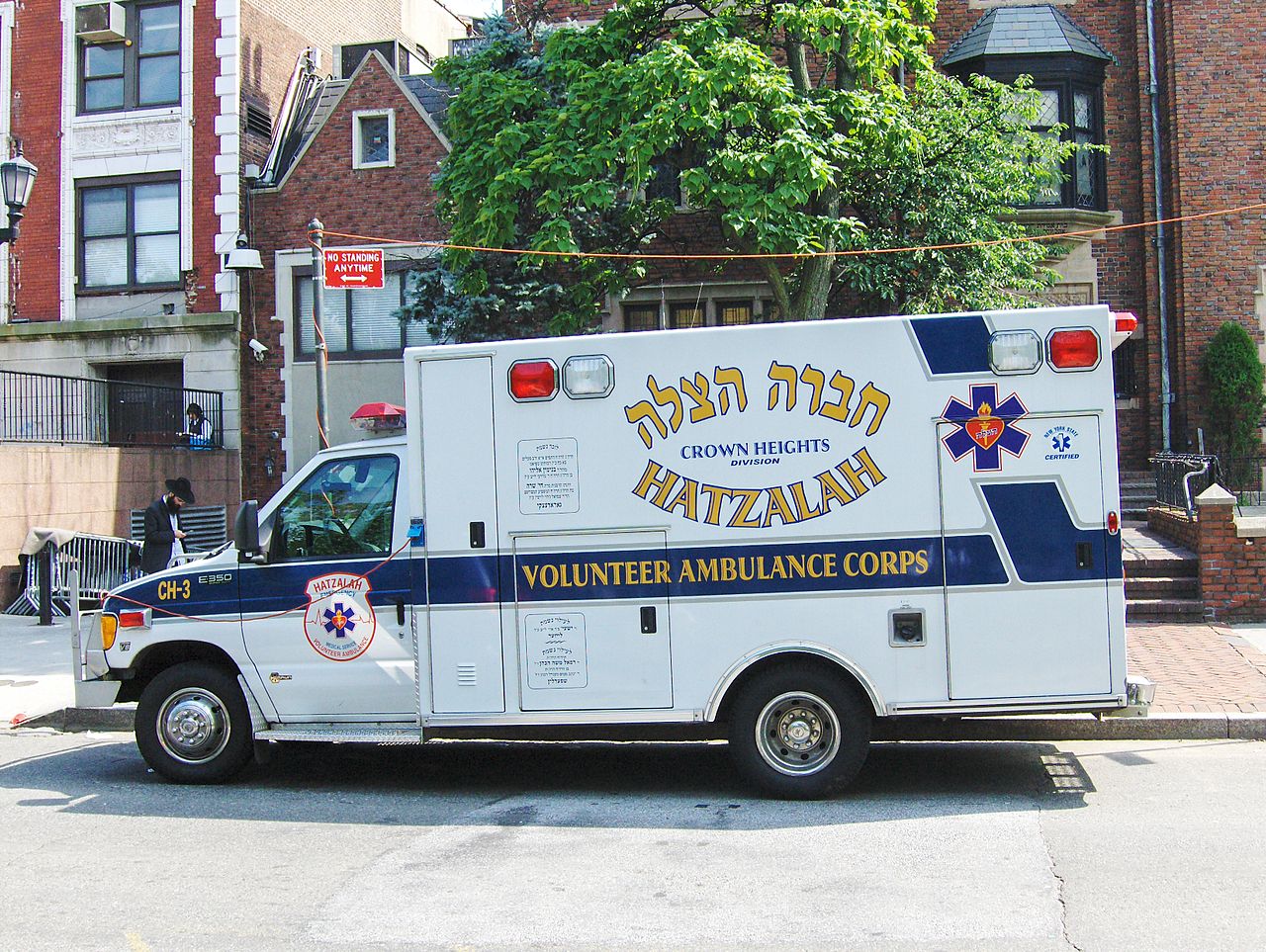 The next day, however, Shlomo’s test came back positive.

That evening was Shabbat, so the couple’s son and daughter-in-law, who that morning had begun to feel unwell, came over, figuring since they all probably had the illness by this point, at least the family could be together.

“We did a small Kiddush,” said Sarit. “Shlomo took two bites from the soup. He got up from the chair, went to the family room couch, sat down and fainted.”

Hatzalah rushed over, tested Shlomo’s vitals and recommended he go to a hospital. Wanting to stay with his family, Shlomo refused. The volunteers told Sarit that “if we needed anything, they would be here for us”—words she would remember.

The next morning, Sarit told Shlomo she had to go to the hospital because she couldn’t eat or drink anything.

At the height of the pandemic in New York City on March 28, a horrific scene awaited them at Brooklyn’s Mount Sinai Hospital.

The ER “had no beds, and like 100 people” sat in chairs, some on ventilators, “moaning and screaming, calling for nurses,” said Sarit. “There was no room to walk. [There were] 10, 20 people for each nurse, and they worked hard. It wasn’t their fault, but it was a nightmare.”

The Havivs waited two-and-a-half hours to be seen.

“By the time a nurse saw me I was OK, probably from the IV” Hatzolah had administered in the ambulance, related Sarit.

“The nurse yelled at me, ‘Why did you come here? These people have corona!’

X-rays showed that the virus had “spread to [Shlomo’s] lungs and stomach,” said Sarit, who asked to be tested. Staff told her that in all likelihood, she had COVID-19, but they “couldn’t waste a test” on a mild case.

They admitted Shlomo. Sarit asked about the drug hydroxychloroquine and was told there was none available for him.

I asked, “Where will you take him?”

‘Every half an hour, he needed something’

Back home, her son and daughter-in-law forced her to eat, and they sent Shlomo’s medical report to their family doctor. Haunted by the image of her husband alone in a hospital chair, Sarit asked the doctor if there was any way Shlomo could be brought home.

Since Shlomo was not on a ventilator, the doctor gave the green light for Sarit to set up “a little home hospital.”

Although sick herself, Sarit, at one time an officer in the Israel Defense Forces, sprang into action.

Hatzalah helped her borrow an oxygen machine from Flatbush Shomrim Society, a haredi Jewish auxiliary police force that had received the machines as a donation, and showed her how to measure Shlomo’s oxygen levels and give him oxygen if he needed it.

Still ailing, Sarit drove to the hospital and brought her husband home. Because Shlomo could breathe best when not fully reclined, Sarit and their son settled him on the couch.

That night and the coming days weren’t easy.

“Every half an hour, he needed something—Tylenol, a blanket, take away blanket, drink water, he would be warm, hot, cold, or I’d need to measure his oxygen level,” recalled Sarit.

The next morning, the hospital came through with hydroxychloroquine and a “double dose” of azithromycin—the drug cocktail Sarit believes has aided Shlomo’s recovery.

Sarit described the next two weeks of gradual recovery as two steps forward, one step back.

“They came every day with machines—they guided us, helped us, calmed us down—and called me every six hours,” said Sarit.

Shlomo’s progress was gradual, but as of early May, they and their children (who had mild cases of COVID-19) are fully recovered. As of mid-May, they have all tested negative for COVID-19.

Sarit’s only lingering symptom has been some loss of smell and taste, although she said that “75 percent” of these senses have returned.

The Havivs all tested positive for antibodies for the illness, which doctors believe give them some immunity.

Sarit has credited her survival to “Hashem,” her family, her community, including friends and Hatzalah, and healthy living, including what she called “organic nutrition,” prior to the illness.