By Rabbi Yair Hoffman for 5TJT.com

Most people think it is Purim or Simchas Torah – but Shavuos??  And the answer is, “Yes, Shavuos.”

Rav Yerucham Olshin Shlita explains that the Gemorah in Psachim 68b tells us: Rabbi Elazar says, “All admit that on atzeres – we require lachem – it should be for you as a holiday. What is the reason? Because it is the day that the Torah was given.”

The Meforshim explain that this Gemorah means we should be happier on this yom tov than on others. Indeed, Rav Yechiel Yehoshuah Rabbinowitz, the Biala Rav, in his Seder HaYom writes this explicitly that we should be happier at this Yom Tov than any other time during the year. The yesod veshoresh haAvodah (Shaar HaTzon 10) develops this idea explaining that it is because we received this remarkable treasure of the Torah.

The Shla HaKadosh (Meseches Shvuos Ner Mitzvah 18) adds another level of insight. He writes that it is the day we merited the “Crown of Torah.” He cites the Gemorah in Psachim where Rav Yoseph states that were it not for this day, he would be just another “Joe” in the marketplace.

To understand this thought, the Rambam tells us (Hilchos Talmud Torah 3:13), “Even though it is a Mitzvah to learn Torah day and night, a person only learns the majority of his Torah at night. Therefore, someone who wishes to merit the crown of Torah should be careful to study it each night – not missing even one of them in sleeping, eating, drinking, conversation etc. He should only engage in Talmud Torah and Divrei Chochma. This is called the Rina of Torah.

The Av Beis Din of Ponovech explained (cited in Zichron Shmuel p. 574) that there are two aspects of studying Torah.

In other words it is the song of the life of the person. In it the person delights and takes pleasure. The person does not delay in sticking to it on any account. Any difficult situation, the person engages in it and sleeps in the depth of its halacha. Even when a person is tired – the Torah study goes on.

READ RELATED  Chizuk for Those in Chinuch

This is the fundamental idea of the Crown of Torah.

We can now better understand the Shla’s explanation of Shavuos.

The custom of Klal Yisroel learning all night is now also understood better. It is not just to make up for the fact that we slept then. No, the essence of the problem in that we slept was that we were not yet at the state where it was “the song of our life.” We are thus correcting this flaw in who we were or are as a nation.

We should take greater pleasure and joy in this Yom Tov because it symbolizes the song of our lives.  This is why Shavuos should be the happiest of all Yom Tovs.

The practice of learning all night is mentioned in the Zohar (Parshas Emor 98a). There it even describes the reward that awaits one who studies Torah all night. The all-night learner receives no less than seventy divine blessings from above and is crowned with a special celestial crown of the upper heavens. Then they are inscribed in a special Sefer HaZikaron, a book of memory.

LIVING OUT THE YEAR

The Arizal writes in Shaar HaKavanos that whoever stays up all night learning is assured that he will certainly live out the year. The Chofetz Chaim records this statement l’halacha (Mishna Brurah 494:1).

TIME IS NOT LINEAR

There is another interesting point too. Rav Dessler zatzal writes in Michtav M’Eliyahu that time is not a straight continuum. Rather, the nature of time is like a carousel that turns in circles. He writes that each Yom Tov is actually the very same Yom Tov that Klal Yisroel experienced in thousands of years ago in the year 2448. Each day on this carousel of time has its own special unique aspect to it. With this thought of Rav Dessler in mind, let us examine the words found in the Siddur Etz Chaim (page 46a). There it states that fulfilling this practice of learning all night makes it as if we ourselves received the Torah when we hear the Krias HaTorah of Shavuos. It is therefore, as if we were actually there at Har Sinai on the actual day of Matan Torah itself.

The question is, however, what should one learn? There is a special Tikkun Lail Shavuos that much of Klal Yisroel studies each Shavuos night. It encompasses Torah, Neviim, Ksuvim, Midrashim, and certain mystical parts of Torah. The Tikkun was established by the AriZal HaKadosh. And here is exactly where the controversy begins.

The Shlah HaKadosh (Tractate Shvuos 47) writes that this order of what to learn has become a Minhag in Klal Yisroel and this is what we should all certainly learn. The Shvus Yaakov, however, (Chok Yaakov 494) writes that this Tikkun was only enacted for the masses of people, and those that are capable of doing so should learn their own study regimen.

What is the common custom? Chassidim generally learn the Tikkun, but, generally speaking, Litvaks generally learn their own study regimen. Although, both the Steipler Gaon zt”l and lehavdil bain chaim l’chaim Rav Chaim Kanievsky actually did the Tikkun Leil Shavuos (See Teshuvos Rav Chaim #216). The Sefer Tefilah K’Hilchasa rules that an Avel, a mourner, recites the Tikun Lail Shavuos.

Sefardim also generally learn the Tikkun, particularly because the Chida writes (Lev David 31) that one should do so. Indeed, he writes that a group of people who changed the study regimen to studying the Rambam did the wrong thing. He compares what they did to building a Bamah – an unauthorized sacrificial platform.

The minhag in virtually all of the Litvish Yeshivos, however, is to study what the Yeshiva itself studies during the regular Zman. What about the Chida’s point against the group of people that studied the Rambam? We should note that this group created a new regimen for Shavuos. They did not continue their regular yearly regimen. Our Yeshivos, however, are continuing their regular regimens. 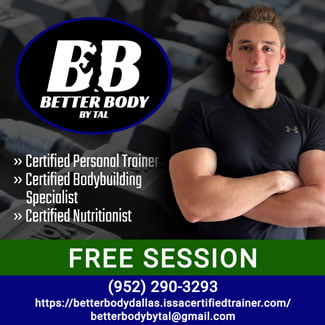 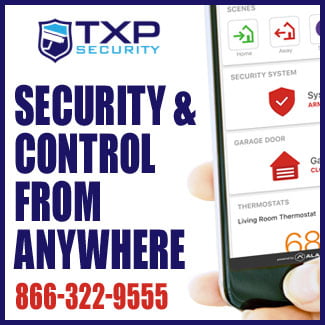