It is with great sadness that we report the petirah (death) of Rav Nota Greenblatt zt”l, av bais din of Memphis, TN and noted rov and posek. He was 96 years old.

Rav Greenblatt was born in 1925 in Washington, DC. In 1928, his parents moved to Ellenville, NY, where his father, Rav Yitzchok, a native of Brisk, became the rov of the shul. Then he became a shul rabbi in Newark, which had a large Jewish community. Rav Greenblatt’s father was not only a talmid chochom who wrote seforim, but was also a maggid, traveling around and speaking. In 1943, Rav Greenblatt’s father started the first day school in Newark, which was the second religious day school to open in New Jersey.

Rav Greenblatt was born in Washington, but spent the years age 8 to age 12 in Israel. He returned to the US by himself at the age of 12 in 1937 to study under Rav Dovid Leibowitz at Yeshiva Chofetz Chaim on South 9th Street in Williamsburg. The mashgiach of the yeshiva was Rav Chaim Pinchos Scheinberg. Rav Greenblatt learned with bochurim who were much older than him and was able to hold his own due to his in-depth, Yerushalmi chinuch. He spoke a fluent Yiddish, which helped him become close to Rav Dovid. Rav Dovid told him, “If you’re sincere and you know where you want to go in life and have a plan, you’ll never fail. You will always succeed.”

Rav Dovid passed away in 1941. Rav Greenblatt decided to join a private kibbutz organized by Rav Yoshe Ber Soloveitchik and his cousin, Rav Michel Feinstein, in Boston. Rav Greenblatt was the youngest in the kibbutz, only 16 years old.

Rav Greenblatt would go with Rav Moshe on the train to visit the Chofetz Chaim’s widow (his second wife) in the hospital, and on the way they talked at length.

In 1946, Rav Greenblatt took the first boat allowed by the US government to travel to Palestine after the war. It was packed with hundreds of meshulachim who had been stranded in the US during the war.

The boat stopped at the Azor islands, 1,500 miles west of Portugal. Rav Greenblatt got off and decided to take a look around and see if there were any Jews there. He asked around and a priest took him to a forest, where he saw a store with a sign “Goldberg’s Jewelry.” He went in, met a native girl, and asked her where Goldberg is. She pointed to the back. Rav Greenblatt went to the back, opened the door, and saw a Yid with a black Litvishe-style yarmulka sitting and learning Mishnayos while his wife stood nearby. Rav Greenblatt told him, “Shalom aleichem!”

Goldberg hugged and kissed Rav Greenblatt. He was the first Yid he had seen in 5-6 years. Goldberg had come from Kovno on one of the last boats to Palestine. When the war broke out and it was too dangerous to continue traveling, the Azor islands took in the travelers and he was stuck there for five years. Now he was waiting to get approval to go to Palestine, but a whole year had passed without the longed-for certificate arriving.

He told Rav Greenblatt that he hadn’t eaten a piece of kosher meat in five years. Rav Greenblatt offered him a kosher salami sandwich and the man’s eyes lit up. When Rav Greenblatt asked him what he had eaten all these years, the man told him, “Seeds and grass, like the birds.”

A year or two later, the Goldbergs finally made it to Eretz Yisroel.

Rav Greenblatt studied for two years in Chevron and was a chavrusah of Rav Aharon Cohen, later rosh yeshiva of Chevron. Once, during the seder, Rav Greenblatt heard something while learning that aggravated him and he stamped his foot and made a hole in the floor. The yeshiva decided not to repair it, because, they said, “This is how you should learn Torah — that you get so excited that you even make a hole in the floor.”

Rav Greenblatt came back to the US in 1948 because his father was sick. In 1949, when his father felt better, Rav Greenblatt saw an ad in a Jewish paper looking for an assistant rabbi and a Talmud Torah rebbi in Memphis, Tennessee. His father encouraged him to take it.

Rav Greenblatt spent the next few years until his father’s petirah going back and forth between Memphis and New York.

When Rav Greenblatt visited Rav Moshe to ask his advice about the position, Rav Moshe encouraged him to take it and wrote him a semicha as he walked out the door. Rav Binyomin Kamenetzky, who went on to open Yeshiva of South Shore, drove him to the train in February 1949. It took a day and a half to reach Memphis by train.

The shul was called Anshe Sfard. The members of the congregation were Jews who were born in Memphis. The only Jewish education in town was the Talmud Torah run by Rav Stampfer.

While Rav Greenblatt started out teaching in the Talmud Torah, his long-term goal was to replace the Talmud Torah with a serious Torah day school.  Six months later, he started the Memphis Hebrew Academy with the help of others. It was the largest opening at the time that a day school ever had – 34 students. Rav Nachum Lansky, a rosh yeshiva in Ner Yisroel, was in that first class.

Rav Greenblatt wrote the first check and, a year later, when he needed to borrow money, he borrowed thousands of dollars from Rav Binyomin Kamenetzky. He couldn’t charge tuition, because almost no one would have come. It was hard to get kids to come even for free. The school didn’t charge tuition for 15 years. Today, it is still open and going strong after 70 years.

One day in shul, Rav Greenblatt heard two Jews talking. “I feel bad about the Kaplan girl. She comes from a poor family, she keeps Shabbos, and she doesn’t go to the singles’ parties. She has no way to meet a boy and will never get married.”

Rav Greenblatt said, “Who are you talking about? I’m looking for a girl like that.” Rav Greenblatt took the Kaplan girl on a date on the city bus and they went for a walk. They married in 1949.

When Rav Greenblatt married his wife, there were family members who protested that he was an illustrious Torah scholar and could have married a daughter of roshei yeshivos instead of the daughter of a simple Memphis baal habayis. Rav Greenblatt later explained that his wife was virtually the only shomeres Shabbos in town, they didn’t have money and led simple lives with strong Jewish values, and he had heard that her grandfather, who had come from Lithuania, had a store in a non-Jewish neighborhood that he kept closed on Shabbos. He didn’t trust himself to decide when to open it up after Shabbos, so he would ask a child if he saw three stars in the sky before going to open his store. Rav Greenblatt respected that ehrlichkeit.

Mrs. Greenblatt became a local rebbetzin, spending her time raising their five children and helping in the community.

In the early 1950s, Rav Greenblatt got a phone call from a woman in Clarksdale, Mississippi, named Mrs. Abramson. She had some questions to ask him about taharas hamishpacha. Rav Greenblatt was surprised and asked who was keeping these laws in Clarksdale. She told him that she made sure that local women were following halacha. This began a friendship between Mrs. Abramson and the Greenblatts. One result of this friendship was that Rav Greenblatt became the mohel who performed brisos all over the south.

Rav Greenblatt also started writing gittin. He traveled all over the US for 60 years to ensure that secularly-divorced Jewish women receive a get. In addition, Rav Greenblatt built mikvaos in many cities in the south. He also worked for the OU and oversaw shechitah in the OU kosher meat plants in Iowa. He helped establish the Jewish high school in Memphis.  He was a shul rov for 18 years and for the next 50 years maintained a minyan in his home every Shabbos.

He was also a rabbi’s rabbi, fielding questions from young rabbis around the country.

Rav Greenblatt  is survived by a wonderful family carrying on his legacy. His son, Rabbi Dovid Greenblatt of Lawrence, has founded and administrates several large charity funds, notably the Davis Memorial Fund, and is the author of “Call Heard ‘Round the World.”

The levayah will be held on Sunday, May 2, at 2 p.m., at Mesivta Tiferes Jerusalem, located at 145 East Broadway in Manhattan. 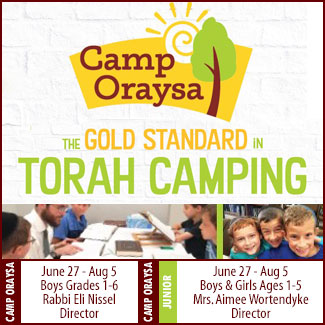 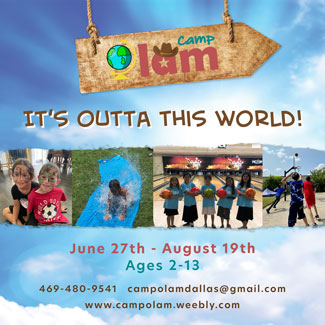